We are a club sport, which means that we are completely self-run and we simply love riding bikes and spending time together. The importance of this distinction, as opposed to a varsity sport, is that we have no coach or other adult involvement in the running of the team. We provide the leadership and we share our knowledge with one another. Each team member plays an important role in keeping the team running and directing where it goes in the future. We take pride in our nearly 50/50 ratio of male to female racers and promoting equality in cycling as been in the past and continues to be a major goal of our team.

The team was founded in 2002 by a group of enthusiastic cyclists and since then has formed a widespread yet close-knit community where lifelong friendships are formed.
Current team leadership

The team’s mission is threefold:

We have an eight week road-racing season during the spring, plus the option (if qualified) to go to collegiate cycling Nationals in May. We race in the North West Collegiate Cycling Conference (NWCCC), which has a super relaxed atmosphere where most everyone cheers and supports each other, while still being competitive during the races. There are multiple levels for both men and women in order to provide a fun and fulfilling racing experience from the very newest members to racing veterans. We go to these race weekends as a team, food, transportation and a place to stay are provided. Our team owns a trailer that we tow to each race that carries our bicycles, luggage, tools, tents, and more. We stay with people affiliated with the school we are visiting who graciously let us cook and sleep in their homes.

Imagine 48 hours spent in the company of some of your best friends. Including but not limited to: racing bikes, cheering on teammates, cooking and eating great food, cracking jokes, sharing stories and jamming out to good music.

Although we emphasize fun first, success seems to follow when people love what they are doing and feel safe and supported by the community. We are one of the smallest schools in the collegiate realm, and we are one of the few schools with no riders coming from a graduate program or online academic program. Despite having such a small team, we have had many respectable results in our conference. 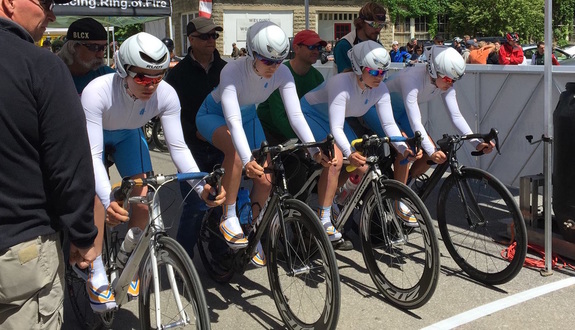 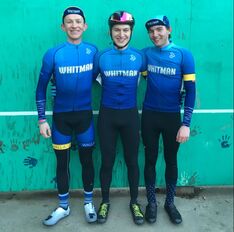 So if you are still interested and want to learn more about cycling, please contact us! Check us out on Facebook or Instagram for more information, or submit your contact information and a message for us here and we will get back to you as soon as we can.